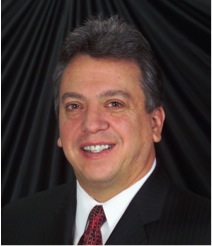 John Matthews is the Executive Director of the Community Safety Institute (CSI) and a former Chief of Police. Matthews has been in law enforcement for more than 30 years. He has a Bachelor’s in Business and an MBA in Administrative Management and is a Master Police Officer with an Advanced Law Enforcement certificate. John has worked on numerous Presidential initiatives over the past three administrations and is a former White House Advisor on 21st Century Policing; a Senior Advisor to the National Sheriffs’ Association, and as the Director of Federal Partnerships for the National Law Enforcement Officers Memorial Fund where he leads several officer safety and wellness initiatives.

John currently serves as a regular law enforcement analyst for both CNN and FOX NEWS providing analysis on breaking public safety stories ranging from mass shootings to terrorism and school safety to law enforcement/community relations. For three years he was a talk show host on KRLD/CBS radio and the Texas State Network and hosted a safety segment on FOX-4 television. In addition to his on-going television work he has been featured on networks around the world and made appearances which include: Good Morning America, Wolf Blitzer Reports, Sean Hannity Show, CNN, ABC, CBS and NBC News, FOX News Channel, Leeza, The O’Reilly Report, Good Morning New York, Good Morning Texas, Law Enforcement Television Network, A Current Affair, Good Day Dallas, Discovery Channel, and scores of local ABC, CBS, FOX and NBC television and radio affiliates. John’s serial killer story has been featured on shows including HBO Autopsy, Evil I, Very Bad Men, Born to Kill, Murder by the Numbers and been adapted by multiple network television shows.

As a Texas lawman, entrepreneur and writer, John garnered a host of awards. He was named Outstanding Law Enforcement Officer and was awarded a Certificate of Commendation from the Texas State Senate. He received numerous awards from the Dallas Police Department including Certificate of Merit, Life Saving Award, Certificate for Civic Achievement and the Police Commendation. He has been honored with the ACE National Education award, and both the Texas and International Downtown Association awards for building public/private partnerships. He has received three ACE National Entrepreneurship awards, an INC. 500 award, a Venture 100 award, and a Texas Press Association award for column writing.

Lastly, John is the award-winning author of seven books, including The Eyeball Killer, a true crime Book of the Month and firsthand account of his capture of Dallas’ only serial killer. His latest book, Police Perspective: Life on the Beat is an anthology of stories from his award-winning newspaper column by the same name. Mass shootings: Six Steps to Survival is frequently featured on national news stories and examines four decades of these deadly crimes and presents an easy-to-remember model for survival. His books School Safety 101, Creating A Safer School and Neighborhood Watch 101 focus on making our communities safer and more secure and have been the cornerstones of training programs for thousands of law enforcement officers, educators and their community stakeholders.

Matthews hosted a popular safety segment on FOX-4 television in Dallas and for three years was a talk show host on KRLD/CBS radio and the Texas State Network, where he still makes appearances as a guest. Past national media appearances have included:

For more than two decades school districts across the nation have utilized the Community Safety Institute’s (CSI) School Safety Services. Over the years CSI staff has excelled at conducting school safety assessments and vulnerability studies and in developing national instructional programs which have provided training to hundreds of schools and thousands of educators.

The CSI is one of the country’s most respected Safe School organizations. The developer of the nationally known RAIN Model for classroom conflict, CSI offers over twenty school safety curriculums, has produced several national initiatives, conducted hundreds of school safety audits and assessments.

CSI publications include: Creating A Safer School; Countering Terrorism: Protecting Our Schools and Communities and School Safety 101 (2010, 2011, 2012 and 2018). CSI also contributed to a Community Oriented Guide to School Safety published by the Department of Justice (2003), the School Crisis Response series and Pandemic Planning for Schools specifically for Education Department ERCM grantees (2005).

CSI is the developer of the Schools and Universities Safety Resource Center for the Bureau of Justice Assistance-funded White House School Safety Initiative (2006), founded University Crime Watch, and developed a Protecting Colleges and Universities training course.

Other books by this author:

To book John to speak for your event, please contact us by filling out the form at the bottom of this page. You may also email us with the details of your event and we’ll contact you right away. 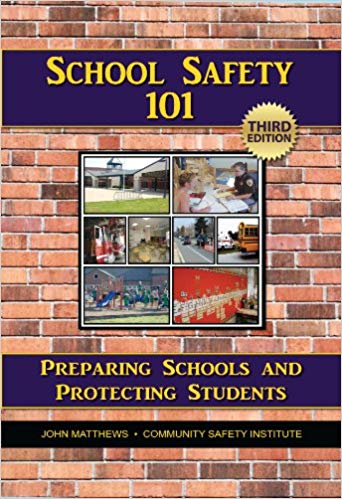 School safety does not have to be expensive, but it must be a priority on every campus. School Safety 101 addresses all of the essential elements of school safety and security. Beginning with how to create a culture of safety throughout the school district, it presents proactive safety planning initiatives for school personnel, services for students who are at risk for violence, and the establishment of comprehensive threat assessment and response protocols. There is information on standard crisis response drills, and the importance of educational administrators working together with law enforcement officials to ensure school safety. With a chapter on the nationally-renowned RAIN model of crisis response, the book also includes an ESCAPE crisis response model developed after the tragedy at Sandy Hook Elementary School.