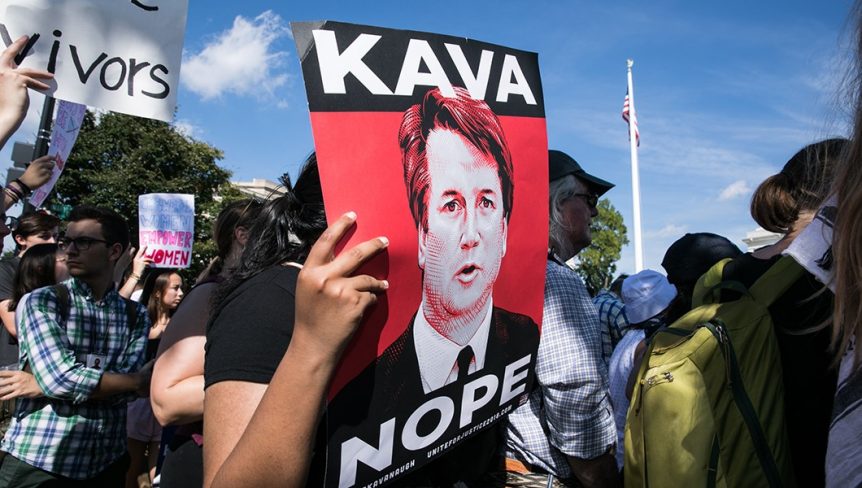 The Cancer of Resentment in Our Politics & Faith
By Dr. John Snyder

In today’s landscape of deep divisions—red and blue, black and white, liberal and conservative, Christian or not—being forgiving and kind-hearted is not considered a positive trait. Even among Christians, it is difficult to find a healthy majority who understand that bitterness or resentment to those who hold opposing viewpoints is something that reaps adverse consequences.

For resentment is never static, nor is it the end stage; it always advances. Like a pre-cancerous condition, if not dealt with properly, resentment moves into something even more malignant and injurious, manifesting itself in physical symptoms such as heart attacks, gastrointestinal disorders, drug addiction, alcoholism, and divorce, to name a few.

Resentment should never be taken lightly. It is an extremely serious matter that changes the course of human life in more ways than we can count.

Prison psychiatrist Theodore Dalrymple treated many patients who were unwilling to change, who had hardened themselves and were living with chronic resentment. In his view, resentment is not only blind but also blinding.

Even on a worldwide level it’s easy to see the devastating effects of resentment turned into deep-seated and widespread bitterness. Recall your studies on twentieth-century history. What was one of the causes of World War II? Resentment! Following the close of World War I, some of the punitive measures built into the Treaty of Versailles led to such profound resentment on the part of the German nation that a powerful, overwhelming desire arose among the people to pay back the nations of Europe for what the Germans had suffered. It was paid back a thousandfold. Just one generation later, the world witnessed the bloodiest mechanized conflict of all time. (The Uses of Resentment,”Psychology Today, March–April 1995, https://www.psychology today.com/articles/199503/the-uses-resentment).

The politics of resentment pop up in both poor and prosperous countries. For generations, thinkers have observed that those who have less than their neighbors often develop bitter attitudes of envy and resentment toward them. The subtle notion that “I deserve what you have” easily creeps into our thinking and begins to undermine our foundation for ethics and morals. “If I can’t get it for myself, then the government or somebody else should get it for me,” or, “If you fail to give it to me, then I’ll be forced to take it from you.” Such conclusions are too quickly drawn and readily occur in the minds of individuals as well as in the parliaments of nations.

In the early part of the twentieth century, it was such resentment that prepared the way for Marxism and Communism to sweep across much of the world, killing tens of millions. Marxist philosophy teaches that history is determined by a bitter class struggle between rich and poor. When everything is reduced to this simplistic formula, the door is open for powerful forces of resentment to develop, and when it takes over or becomes institutionalized, its end is never good. The quality of human life and society will always plunge when this deadly emotion is allowed to develop into a political policy or a worldview.

Human resentment is never a small matter. The point can’t be stated often enough. Ignoring resentment will lead to unintended consequences far beyond what we can imagine.

As damaging as our daily resentments against one another are, the consequences of our anger against God are far more destructive, not just for ourselves but for everyone with whom we come into contact. We can adversely affect someone’s faith, shred their confidence and trust in God, and turn them against the One who has their best interest at heart.

We’re very spoiled and don’t even know it. Most of us, at least in Western nations, have been raised directly or indirectly on the ideas of the Bible. We imagine a God who is loving and purposeful, a God who looks kindly upon his creatures. Unlike the ancient Greeks and Romans, whose gods and goddesses loved to toy with—or even abuse—human beings just for the fun of it, we have a Father who is enormously loving and indescribably generous and merciful.

In our profoundly limited vision of things, we’ll forever mistake the fulfillment of our dreams and longings for the mirages that lie before us. What appears to be the Promised Land just ahead is often merely an illusion in the desert. We run full-steam ahead in pursuit of what isn’t there, imagining that earthly bliss and personal fulfillment lie before us. We disregard the commandments and warnings of God along the way, thinking them to be roadblocks to our happiness, completely unaware that in reality they’re the guardrails along the road.

Only later, provided we don’t stop and turn on him in anger and resentment, does it dawn on us that the things he has allowed to come our way he intended for our good. The fact that they appear to us at the moment as evils is irrelevant. He takes the heat and accepts all our misperceptions and accusations of his “cruelty” or “indifference” or “absence” or anything else that in our pain we choose to hurl at him.

This all-consuming purpose of God is to lead us to reconciliation and salvation, and this entails not just happy and pleasant circumstances. It usually involves some elements of temporal judgment and discipline aimed in our direction because we typically don’t obey very willingly. Just like a responsible parent, often God will employ measures to get our attention or to keep us on track.

You may not recognize the name of John Newton, but you no doubt know of the famous hymn “Amazing Grace.” One of the cruelest, most stubbornly rebellious and slow-learning men of the eighteenth century, Newton moved for many years from one ridiculous folly to another. He stumbled and fumbled through life, coming to the brink of disaster and death too many times to count, but he was rescued repeatedly (and dramatically) by the unseen hand of God.

Newton became very familiar with pain, sorrow, frustration, abuse by others, danger, and near-death experiences as he continued to pursue his self-willed recklessness. In reading about his life before conversion, you can’t help but notice that every pain allowed to come his way was in reality the divine signature placed upon his life, for God’s divine judgment is designed to lead us to repentance and life. What is too often thought to be God’s hatred or wrath toward us is actually his love in keeping us from going over the cliff—permanently.

After many years of discipline, Newton finally understood that God would never give up on him. In the end, God had his way. When Newton looked back on his life, he saw that every trial and tribulation he went through was exactly what he needed to be brought into the kingdom of God. What followed was a long and fruitful life of service, and some of the greatest hymns of praise and gratitude ever written came from his pen. We still sing the words of his personal confession:

Amazing grace, how sweet the sound, That saved a wretch like me.

I once was lost, but now am found, Was blind but now I see.

Through many dangers, toils and snares, I have already come.

What was true for John Newton was true for us: sin and rebellion have their consequences, but God intends for those consequences to lead to our ultimate good. The New Testament letter of Hebrews explains it this way: “[Our fathers] disciplined us for a little while as they thought best; but God disciplines us for our good, in order that we may share in his holiness” (Hebrews 12:10).

Incidentally, we can believe firmly in divine judgments in history without being able to point out just where those judgments are occurring. I can’t say, for example, that your problems are cases of God’s judgment, in the same way that you can’t say the same about mine. Often, such things are hidden from us. If God chooses to tell us about them in more detail, then so be it, but we can plan on experiencing God’s ongoing discipline for the ultimate purpose of our growth. Typically, this growth comes through resistance, but for the believer, every bad thing that happens, whether originating from sinful behavior or not, becomes raw material in the hands of the Creator in order to manufacture something good.

It is the occupation of a lifetime to learn this lesson: What God has in mind for us is our good—our total good, our highest good for all eternity. This truth usually comes to us after years of trial and error, years of ups and downs, years of coming in and out the doors of the church, of rising to heights of faith and joy, and some- times plunging into the depths of despair and resentment.

If anyone has just cause for resentment, it would be God, for all that he endures from us! Yet he remains totally focused and knows exactly what he’s doing at all times. He doesn’t allow our blindness or self-pity to distract him from what he knows to be the only road that will get us home.